At a time when the number of displaced people worldwide exceeds 100 million due to various political conflicts in Afghanistan, Burkina Faso, Syria, Congo, Ethiopia, Myanmar, Nigeria. Ukraine And in other countries, the story of India’s partition that led to more than a million deaths and the displacement of 15 million or more people from both sides of the border resonates more than ever.

Conceived by author Kishwar Desai and his team at the Art and Cultural Heritage Trust, who established the world’s first Partition Museum in Amritsar in 2017, this tumultuous story can be experienced in an ongoing exhibition in a small and intimate space in the permanent gallery. DelhiNational Gallery of Modern Art. The image of the careening corpses in a mass grave with bulldozers standing nearby, the moving image of a train packed with refugees and the terrible cargo, evokes a history of the immediacy, scale and brutality of the violence. bodies. Certain moments of independence and partition are highlighted using dozens of posters, newspaper clippings and photographs from Nehru Memorial Museum and Library, National Archives, Delhi State Archives, British Library, The Illustrated London News, and a staggering collection. Photographs by American photojournalist Margaret Bourke-White, among others. Oral history video clips add depth and gravitas to a richly textured and nuanced exposition.

Debashish Mukherjee’s installation using unraveled threads woven together reflects the pain and trauma of partition and the rivers of blood that flow from it. The exhibition also uses Sardarilal Parasher’s sculpture of a lone pilgrim to draw attention to the plight of solitary migrants. The trunk in which the artwork is displayed is one of many in which he buried sketches from that dark period. Among all the artworks inspired by Partition, the most attention-grabbing is Amarnath Sehgal’s era sculpture Cries Unheard. The deranged, anguished figures of men, women and children with outstretched arms reflect the extreme despair and helplessness of the hundreds of thousands of people on the streets during the Holocaust, sometimes in columns 45 miles long, with little or no food. or water.

In the conversation, Desai said that it is necessary to hold on to the past, which is in the process of being erased. Edited excerpt of the interview:

Let’s start by talking about your museum’s spatial journey in two cities. He is in the process of opening another museum on Partition at the Dara Shikoh Library at Kashmiri Gate in Old Delhi. Will the original story arc of the two museums be the same?

Two museums in Amritsar and Delhi are dedicated to the partition of India. One in Amritsar, at the Town Hall, was installed in 2017 to mark the 70th anniversary of India’s independence and partition. It was the first and only museum (or memorial) dedicated to the partition of India and remains so to this day. The Partition Museum in Delhi’s Dara Shikoh Library Building is coming up on the occasion of the 75th anniversary and will be the second of its kind in the world.

The Partition Museum in Amritsar was established entirely from donations of memories, souvenirs and money from those interested in preserving India’s history and heritage. It was a very difficult task and from the time we decided to set up the museum to the two years it took to actually set it up, we couldn’t sleep. Curated by Mallika Ahluwalia, it is much larger than the Delhi Museum. It is spread over 17,000 square feet and 14 galleries. It tells the larger story of partition: into Punjab, Bengal and Sindh, and it continues to grow in terms of performance and archival material. In Delhi, the building is small but we have managed to tell the story in six large and three small galleries. 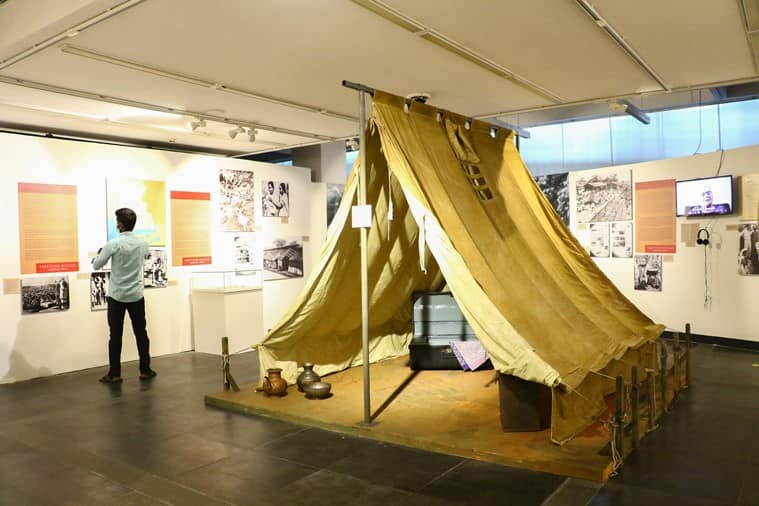 The two museums complement each other, as both are “people’s museums”: the story is explored from the point of view of the people at large.

Museums in Delhi use common historical elements and research from Amritsar, but oral histories and objects etc. are unique to Delhi. The focus in Delhi will be the impact of Partition on the city, and how much it changed, after 1947.

After a long history of silence, there has been a sudden surge of interest in oral history related to Partition, exemplified by initiatives such as Gunita Bhalla’s Partition Archive, photographer Anusha Yadav’s The Indian Memory Project, and Partition History and Colonial Hangover projects, and Project Dastan. The Kolkata Partition Museum Project is another notable initiative that seeks to commemorate the uniqueness of Bengal’s partition experience. Why is partition haunting the collective memory and conscience of the subcontinent?

To be honest, while there are many online collections of oral histories, our Trust actually made the first concerted effort to have a space dedicated to this great tragedy. We still don’t know the exact number of millions left homeless, killed or missing, nor the names and numbers of women kidnapped and raped or brutally mutilated or killed. died

We decided on the occasion of the 70th anniversary that there should be a place where we can remember these millions and learn about their suffering and sacrifice. There must be a physical space – to actually feel the sense of loss – often expressed through simple objects that people have donated to us.

Do you also plan to use your museum space to tell the stories of people who have lived together for generations — stories of shared joys and sorrows, of kindness, sympathy and support across toxic and harsh political and religious fault lines, in a time when civilization was all but forgotten?

Of course, it is an essential part of the story and actually comes very clearly in people’s memories when they speak to us and the art, literature, poetry that we perform. Communities lived and worked together — and these memories are preserved in our museums. We also have galleries of hope in both Amritsar and Delhi, where we still have stories of affection between people as they cross the border and reach the homes they were forced to leave behind. Many of the stories are inspirational with little bitterness. People understand that it was the policy of divide and rule that ultimately led to Partition, and they sympathize with the suffering common people on both sides.

You have recently showcased the traditional textiles of undivided Punjab as part of the Khes project. Is this the start of another creative journey?

We are constantly adding to our collection, mostly through donations. So these objects are placed in different galleries according to the story that accompanies them. The woven and embroidered fabrics of that time like Phulkari and Khes are very much a part of the story. Thus we were honored when a youth team from NID exhibited their Khas collection at the Partition Museum in Amritsar during Independence Week recently. And they even gave us a case. We are very grateful to them.